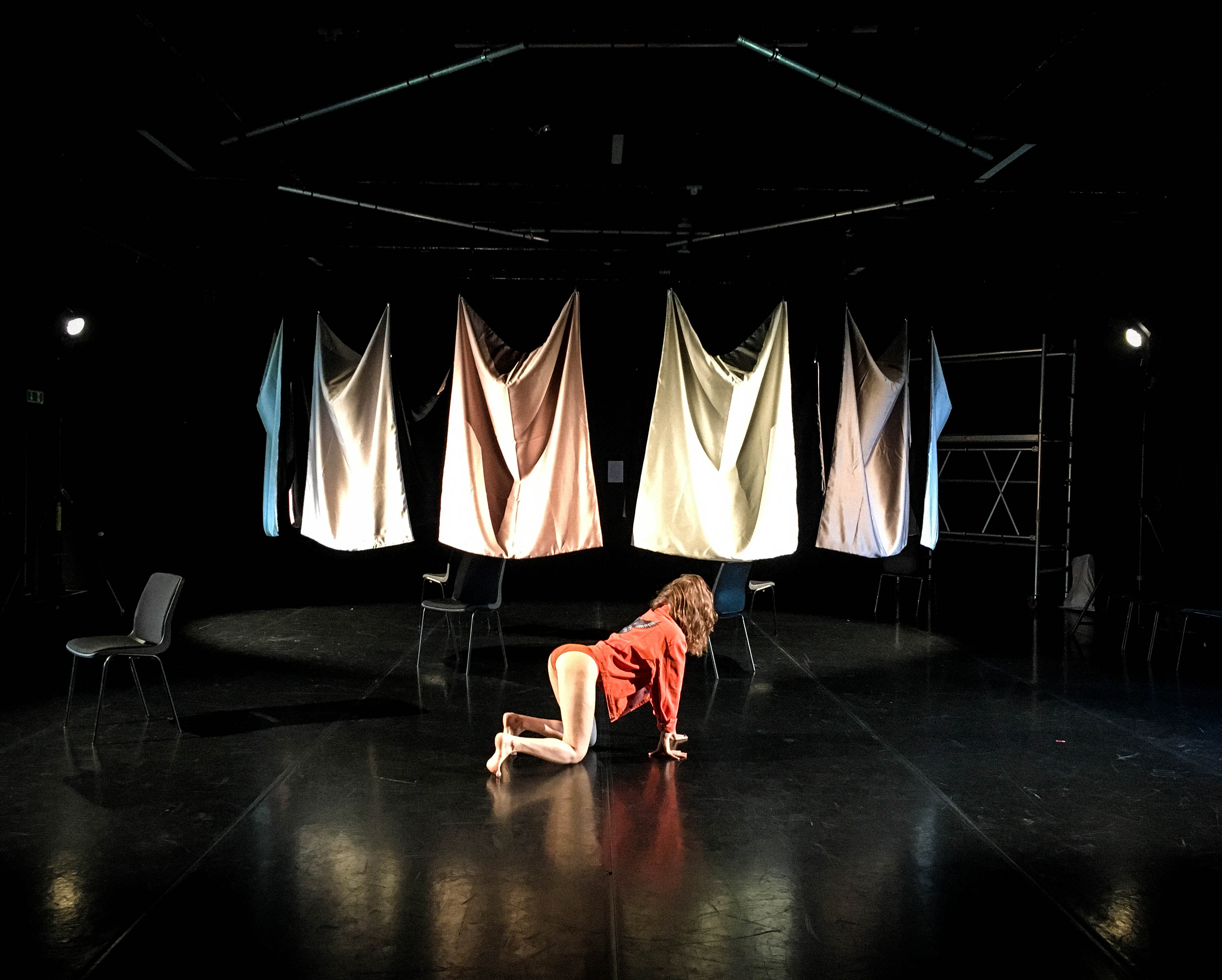 BOOK TICKETS
MORE ABOUT THE ARTIST

Of All Its Parts - Episode #2 (extended version)
Explores the vivid life of human imagination and its vital capacity to channel the not-yet-known.

Of All Its Parts is a kaleidoscopic choreography based on the imagination’s capacity to channel the not-yet-known. The work is a research for the most dynamic dreams and for choreographies that have no names yet. By allowing the unknown to express itself in less confined environments we meet expressions that offer real change.

The overarching premise in the work is to create a series of smaller choreographic installments, referred to as episodes. In every episode the audience meets ‘choreographic figures’ retrieved from the vivid spaces of the imagination. Via a meticulous practice of entering and working from a pre-cognitive state of being, these are expressed through body, sound and materials.

Each episode is a layer in one upcoming, final orchestration.

(About the artists:) Two-women-machine-show refers to the shared work of Ida-Elisabeth Larsen and Marie-Louise Stentebjerg. Together they explore a practice led approach to research, drawing on applied theory, choreographic thinking, transcendental practices and text based theatre.